Australia embarks on the journey towards 2021 Wheelchair Rugby League World Cup glory when they face England in a two-Test series at home next month.

Having won the bronze medal in France two years ago - with England finishing runners-up to the host nation - Australia's Wheelaroos are already plotting to achieve gold in the upcoming tournament.

Coach Brett Clark said playing England presents a great chance for the team to gauge their strengths and weaknesses.

"This is our starting point [for the World Cup] - it's a real benchmark opportunity to see where we currently sit against one of the world's best sides in the sport at this stage," Clark told NRL.com.

The 2021 Wheelchair Rugby League World Cup in the UK will be historically played under the same banner as the standard men's and women's competitions. It is therefore being hailed as the most inclusive rugby league event ever.

Clark says the wheelchair sport, which follows the same basic rules as the running game, has grown substantially over the past two years.

"The progression, particularly in the last 24 months, has been fantastic," Clark said. 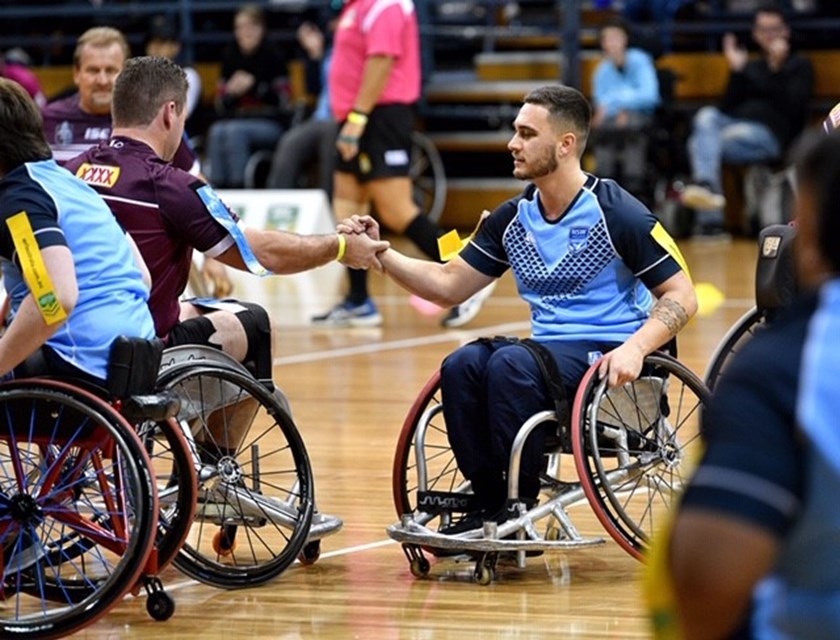 "[After] expanding to other states like Northern Territory and Western Australia and then other cities like Newcastle and Canberra, we're going to keep looking forward."

Australia have announced a 16-man squad for a training camp on September 21-22 at the Hawkesbury Indoor Stadium.

Eleven were chosen from the NSW side that beat Queensland in the inaugural Wheelchair State of Origin in July.

After the camp, 10 players will earn selection for the two Tests against England on October 21 in Liverpool, in Sydney's west, and October 23 in Wollongong. "That camp will be set up so we can get the squad that's been selected from the states together for the first time, including our coaching staff and support staff," Clark said.

As with any sport involving Australia and England, Clark is expecting a hard-fought contest between the rival nations.

"Players from both countries, the passion's there. They've got their jersey on and that jersey represents their country," said Clark, who has been involved with wheelchair rugby league for five years.

"That brings out the best in everybody and the competitive nature in this sport is high. Every player in the sport has a backstory. Whether they’re disabled or able-bodied, they've got a reason why they're there.

"It's not just based on ability. There's a personal journey there as well and to watch them play from a coaching perspective is fantastic."